Now there will be some boring photos of my kids playing outside with snow. But now winter is so pretty here, snow is white and it's not melting so I want to capture as many photos with snow as I can.
Maciek, my older son, was in the kindergarten and I was walking with Szymek and sleigh. Believe me, it's so hard to keep him on sleigh, he wants to push it by himself and a second llater he wants to sit there, then he wants to get out and so on. He can't sit or stand still for 3 seconds. 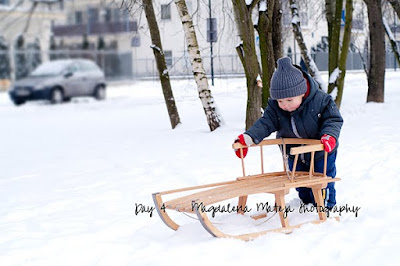 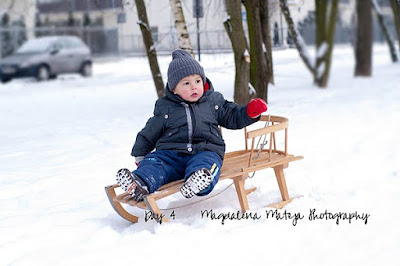