It was impossible to write and show photos everyday, especially on weekend. So today I have 3 sets of photos.

On Sathurday (day 9) my digi friend, Magda (known in digiworld as mru) came to us with her super sweet daughter :) We wanted to make kids some valentine's photos but they didn't want to cooperate. First Maciek didn't want to sit by Alicja. He was ashamed (he's in that age when girls aren't the best company for him lol). Then when I gave them rose, they had really great fun, first Maciek was touching the rose, then he was drinking honey from it and then he started beating Alicja with the flower. Then kids started running and we were done ;) It was so funny watch them having fun together, that many good shots were lost because we both laughed :) 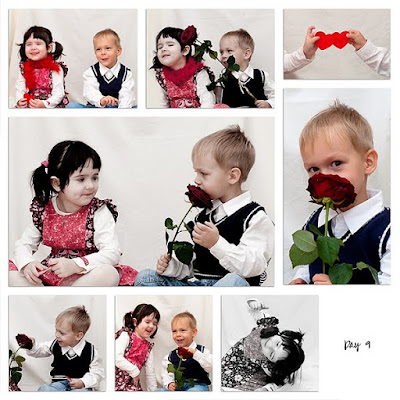 On Sunday (Day 10) lots of things we did, we were on a small hill with kids and they were riding sledges. And in the evening we were participating crafting workshop for kids. Kids were supposed to make clay boxes for grandma's (Grandma's day is on 21 January, Grandpa's day is on 22 January). Well, Maciek started, but when he saw cars, he was gone and I had to make this box by myseld. Szymek was helping me, he was so focused on making holes in clay, he sat there for about an hour. 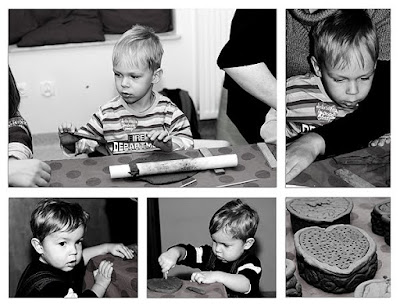 Today I wanted to show you Chestnut Avenue with snow. It looks so gorgous. 365 template by FruitLoOpSally. 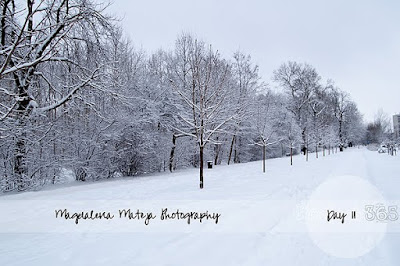